Analysis of the Wingman game mode (2vs2) and creation of a map around the topic: abandoned glasshouse.
Willingness to learn new tools, to design and create a map in a major competitive video game: Counter-Strike: Global Offensive.
Design/test of a blockout around playtests with friends/community players to improve the layout of the map, improve lines of sight, use of consumable objects, timing of two teams, etc.

For now, the different playtests have shown several points of improvement: 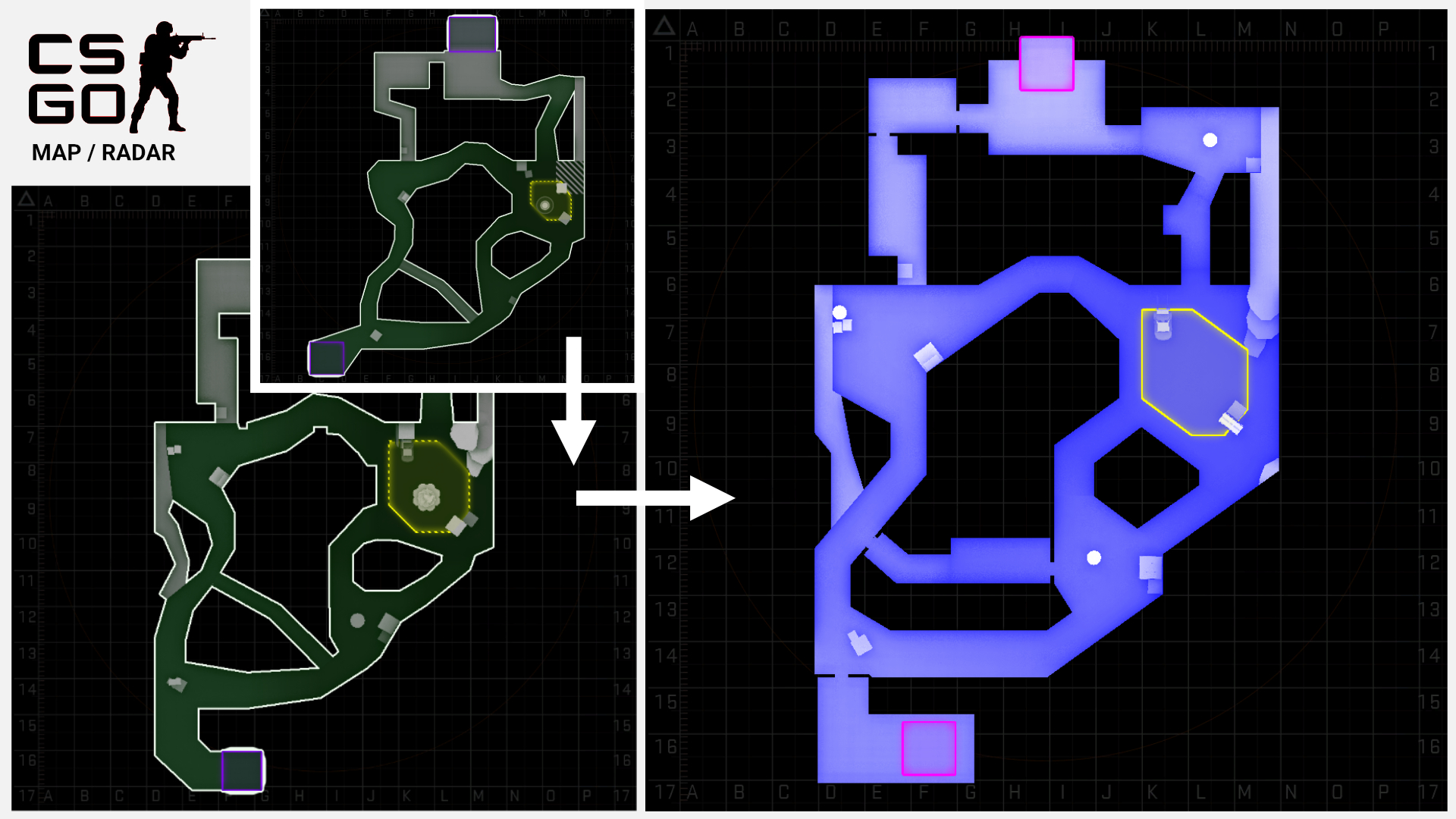 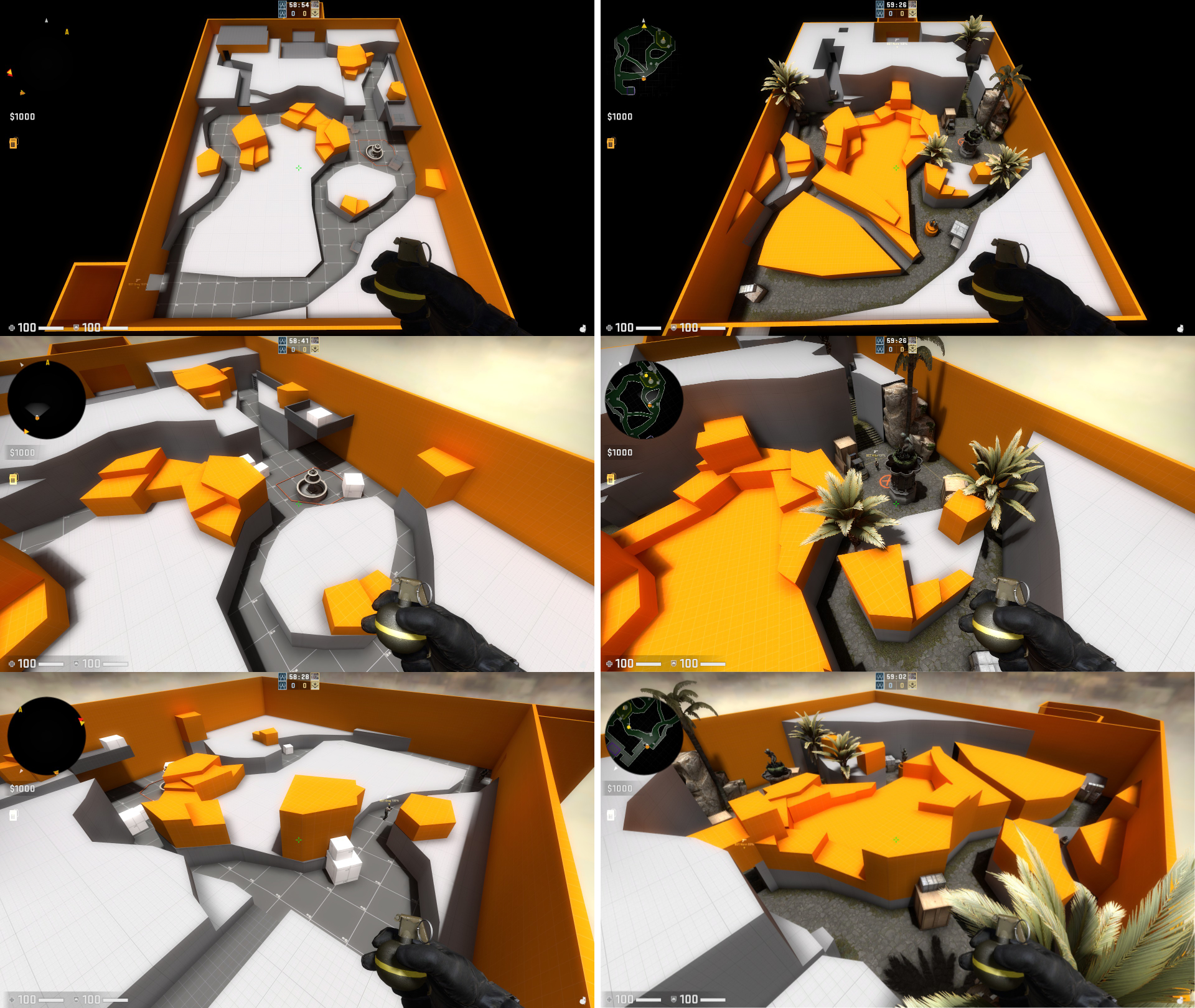